Remember when film cameras were being replaced with digital cameras? I distinctly recall feeling super uncomfortable about that. I’d had digital cameras in my house since they started (my mom worked for a dot-com before the bubble burst). Our first one was a bulky device that took giant photos and saved them directly to a floppy disc that I could then insert into my computer to upload six photos, which took twenty minutes. The idea that those intangible cumbersome ideas of pictures would replace the thrill of pointing, clicking and waiting for your film to develop was such a bummer.

That sickening bout of nostalgia was quickly relieved, however, as cameras got better rapidly and the making and sharing of photography became practically free. I can’t imagine that there are any practically minded people out there that are still mourning the reign of the film camera.

***Remember: there will always be purists and nothing is ever really gone forever.

END_OF_DOCUMENT_TOKEN_TO_BE_REPLACED 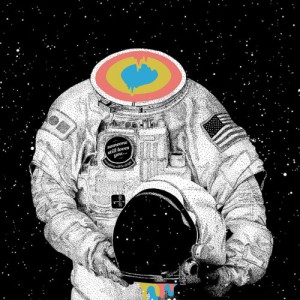 Only children actually want to be artists — children, rich people, and boring people who are afraid of being exposed as boring people. Most of us grow up, and either learn that we aren’t interested/talented/crazy, and we move on because we are intelligent/responsible/hungry. The rest of us are either rich people/children/boring or reluctant artists. When I was a kid, I didn’t want to be an artist, I wanted to be an astronaut. And I often blame my mom for my not becoming one.  She refused to send me away to Space Camp. But really, I was never going to be an astronaut. She knew from the start what I was.

Artist is a nebulous term that I don’t have a definition for exactly, but so far as I understand, here are some of the symptoms:

END_OF_DOCUMENT_TOKEN_TO_BE_REPLACED 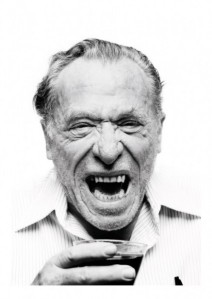 Don’t make friends with writers. I am a writer and I have a bunch of friends. I’m not bragging, I’m just telling it like it is. The fact is, I think I should have fewer friends.

My friends are nice friends. They love me and tell me that I am talented and they go to my readings and proofread my atrocious grammar and spelling. They are there for me when I need to quit my job, again and again. They validate my unjustifiable laziness and unsuccessfulness. They do this for me because I encourage it and I am entertainingly embarrassing at parties.

Little do they know that I’m a whining, way less than prolific, self-righteous, know-it-all with a Goddess-complex (maybe they do know this and wonder why I keep coming around).

END_OF_DOCUMENT_TOKEN_TO_BE_REPLACED 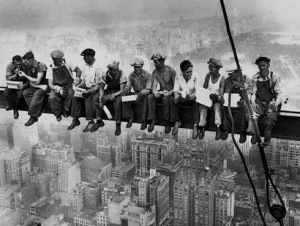 No one likes to think about these things, but it’s true. Sometimes, the thing you love doesn’t love you back. Just like a girlfriend who doesn’t love you back, it so happens that, a person can follow his “bliss” (just as Joseph Campbell tells him to), and nothing comes of it. Sometimes people get hit by Mack trucks. It’s not personal, it’s physics.

So, in the mean time (the space between being a raging success and the Mack truck), you’ll probably need to get a job. You’ll want a job for the moneys that keep writers in mac laptops, gluten-free muffins and five-dollar lattes. But, what should a writer do? Isn’t a job selling out?

END_OF_DOCUMENT_TOKEN_TO_BE_REPLACED

Before I left on my trip to the CCWWP in Toronto, people asked me, “What exactly do you do at a writer’s conference?” Though I made things up, I didn’t actually know.

Here’s how it went:

END_OF_DOCUMENT_TOKEN_TO_BE_REPLACED

So, I might have Writer’s Block. But, I don’t have any of the Wikipedia symptoms. I haven’t run out of ideas or inspiration — at least then I could do something else. So far as I can tell, the reason that Writer’s Block is so uncomfortable is because I know what I have to do but, I can’t seem to figure out how to do it. I could recite volumes of ideas and reasons to compose them but I cannot for the life of me write them down.

This conundrum has led me to a few sweeping generalizations about the affliction we call Writer’s Block. For one thing, how can you be sure you really have Writer’s Block? I have come up with a more comprehensive and realistic list of symptoms and tell-tale signs to look out for. They are as follows:

END_OF_DOCUMENT_TOKEN_TO_BE_REPLACED 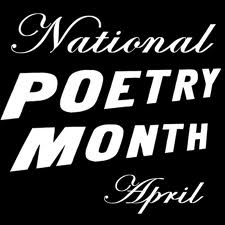 April is Poetry Month and I can almost see your eyes rolling (like wayward marbles in a face of misunderstandingness). I know what you’re thinking because I did too, once: I don’t understand poetry – it doesn’t make sense, the rhymes are horrid and I’m not all that interested in getting in touch with my feelings. And, you know what? I hear you. But the problem is, you don’t know what you’re talking about.

For one thing: you do like poetry and you always have. Whenever a person puts something to you in such a way that you weren’t able to see it in before, that’s poetry.