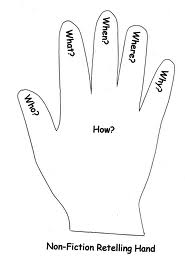 I’ve never understood why people feel better about themselves when they tell me that they only read non-fiction. It’s as if they think of themselves as less silly than the rest of us “dreamers” or “artists”. Whenever someone tells me that, I am immediately offended. It’s as if they’ve just told me to get a real job.

Much to the horror of some of my colleagues, I have been known to say that I don’t believe in Non-Fiction. And even though, all of my super serious, seriously funny, and extremely adventurous NF writer friends have already written me off, I have to say, I love Non-Fiction genre books. I do. Does that sound like a contradiction? No, I guess it doesn’t. It sounds like a semantics argument. It’s always about semantics, isn’t it?

I just don’t think that it’s particularly helpful or even descriptive to label a book Non-Fiction. Why is that even a thing? It’s a book that’s trying to tell a story that will, admittedly, leave out and add in whatever it takes to tell said story.

All stories are Non-Fiction then. Is it a percentage thing? Is it how gritty the subject is? Is it how attached the author is to being in the book? Or, is it a way of affirming that, yes indeed, strange things happen and people are total weirdos?

I haven’t given this particular argument any real fire since A Complicated Kindness. And now that my KOBO says that I have read 37% of Jeanette Walls, The Glass Castle, I am compelled to do it again. Here are a few of my beefs with the harsh NF label.

Do you see what I see?

This is kind of a boring argument. We all know, within a reasonable range, different people experiencing an event simultaneously will describe it differently. For the most part, people understand and accept the value of perspective in a NF memoir or personal essay.

The thing is, when people are reflecting on their childhood or traumatic life events — they aren’t just witnesses at a fender bender — their identity is wrapped up in the story.

Take this For example,

When I was a little girl in a red-dirt town in the South, I had two pets, a flea-bitten Siamese cat and a snapping turtle that my step-dad found in the swamp. One day, that snapping turtle was missing from the blue-plastic kiddie pool we kept him in on the front lawn. My mom said that the hillbillies in the trailer next door had fried him up. She said that hillbillies love to eat turtles. All I had to remember him by was the slimy green ring that he left in the pool.

A couple of months later, the cat went missing. His name was Wang Chung. My mom named him that. I remember the day he went missing. When I came home from school, my mom was making hamburger helper and getting ready for work. She said, “Wang Chung got eaten by an Alligator. I saw it myself.”I was surprised that wasn’t even sad about it. The idea just totally blew my mind. Wang Chung was eaten by an alligator? Whoa.

This is within the reasonable realms of NF. This is what my experience was and how I reflect on my life.

Did that town really have red-dirt? Does it matter?

Now that I’m an adult and I realize that those hillbillies probably didn’t eat that turtle and who knows if my mom actually saw Wang Chung get snapped up by a gator (Under what kind of circumstances would a person actually catch sight of something like that?). I think those inconsistencies are present in the way the story is told and the reader is likely able to sense that those might be tall tales, which makes it acceptable.

BUT, I can’t totally remember everything. I think I was five when that turtle disappeared (and did she really call them hillbillies?). As for the cat, that was actually years later and he was so old and mean at that point that he probably just ran away and died somewhere. His name was actually Wang Chung though, which is story worthy on its own.

As far as my personal reactions or the honesty of the character experiencing this goes, I don’t feel connected with her. Surely, the real “me” spent much of her childhood blown-minded and embarrassingly non-sentimental, but this character is not so much me as a conduit for my experiences. It’s not safe to be “me” in this context. It’s not interesting either.

No one wants to hear about my life-long reactions to these things. They want to hear the story. What happened then? Not, how do these unfortunate experiences with pets affect you? Turns out, I can’t have pets. They make me feel irrationally guilty.

If you want honesty in character and relationships, I think you have to go to fiction. It’s only here that a writer can fully develop the true nature of people without fear of themselves or of being made to apologize on Oprah for telling one of the most accurate stories of what it’s like to be in rehab to date (ugh that kills me, it’s so stupid). And, I know. I work in a rehab.

There is truth and fiction (and truth in fiction) everywhere. In the realm of creative writing (read: not journalism or court reporting), I think it’s too limiting to create such distinct categories – especially if the story is at stake. If you must clarify, adding, “based on a true story”, is acceptable.  Also, being honest and saying, this is a mostly true story with party true people in it, is good. Or, this is a completely made up story with perfectly true people in it.

Maybe try: None of this ever happened to anyone and these people are impossible. So it is, therefore, a more honest representation of the world and the people in it than is possible by any other means.